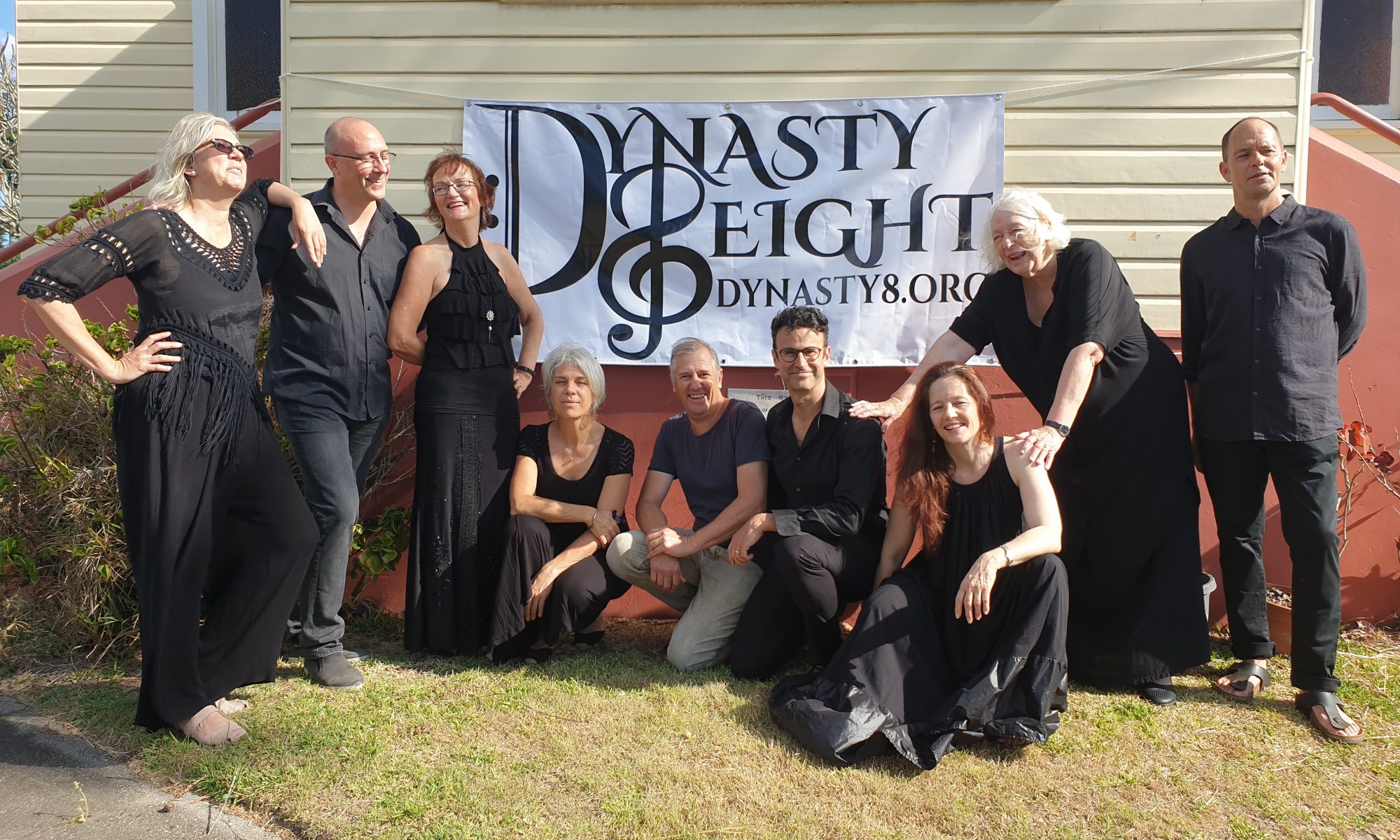 Dynasty8 is a chamber choir based in the Byron Shire, on New South Wales’ northern coast. We are an eight-voice ensemble of experienced singers, directed by Elizabeth Swain, OAM who has previously directed music at Newington College and St Mary’s Cathedral Choir.

We sing mainly classical music both old and new, in beautiful spaces around Byron Shire. We perform three or four times per year, often in bare feet.

Elizabeth Swain is an accomplished musician in many areas. Her passion for classical music has enabled her to combine these and become a real musician’s musician. She has much to give in the field of musicianship, and I am sure that this will imbue any musical undertaking she embarks on here in the Northern Rivers. We are lucky she has moved here!

Those who have sung with Dynasty8 previously include: